When I photograph birds, I have one sole intention: I want my audience not only to look carefully at my wildlife photos but to also stop, spend some time with them, and be truly curious about them. Images that generate an emotion involve a thought process and must be carefully planned ahead of time. While staging bird shots is one way of doing this, I personally prefer to do it in a natural environment. There are many ways of creating impact with images. In this two-part article, I share my thoughts on the storytelling, mood, composition, and techniques that create this impact. 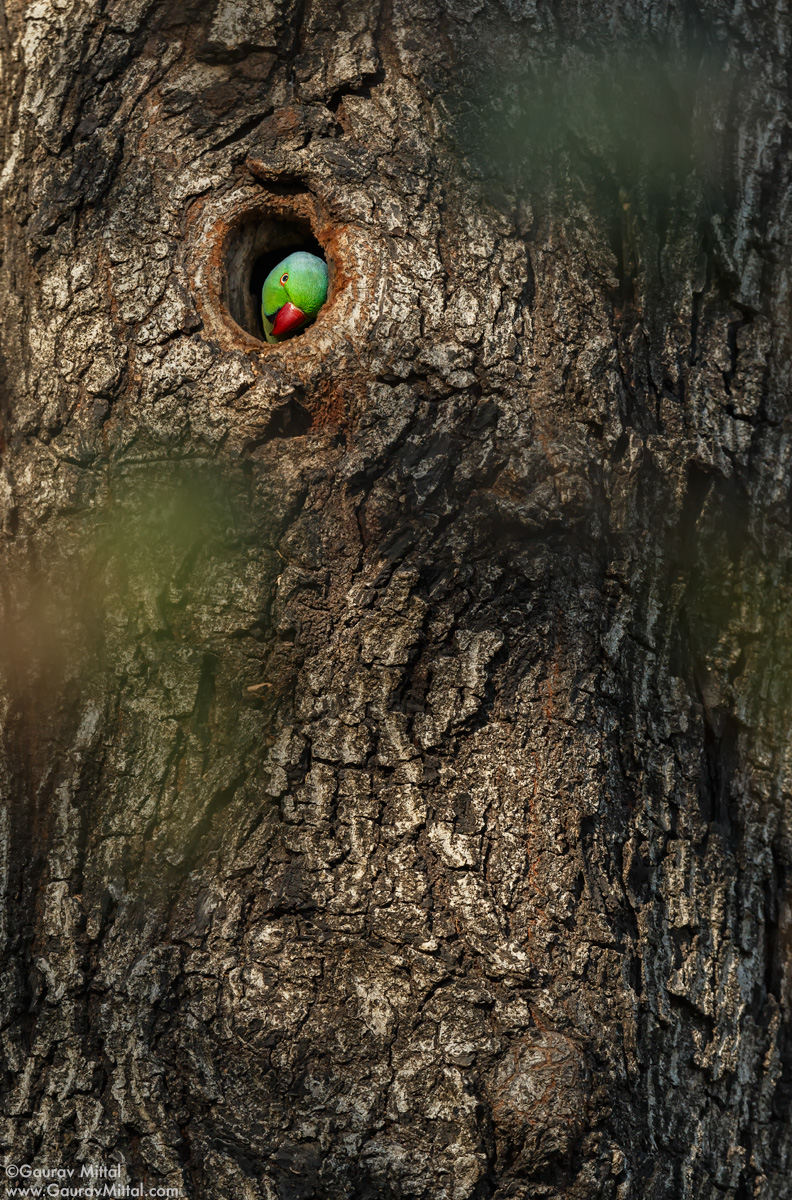 Well, the story begins with me. I fell in love with birds through the medium of photography. And it is this genuine connection that drives me to spend more and more time photographing them and creating images that have a profound effect on me. I constantly search for those occasions where I can spend time photographing a single bird and come away with a sequence of images that tell a story and create a visual and emotional impact.

Rose-ringed parakeets are very comical birds; I always enjoy watching and photographing them. On a recent trip to Bharatpur, I had the opportunity to witness them preparing to nest. Both the male and the female were constantly going in and out of the cavity of the Siris tree, taking turns digging out tree dirt, and making space for the future chicks to hatch and have space. I was photographing them from a safe distance so I was able to witness the birds going about undisturbed. It soon became apparent that two male birds were eyeing the same cavity and what happened next was quite dramatic: a violent squabble broke out between the two and the male in the cavity defended his space by viciously grabbing the other by the neck and violently beating him against the side of the cavity.

This was the point of impact in the image-making process. Soon after, the behavior of the male parakeet changed and he went on guard. The moment captured above is much more dramatic than the actual fight as I was able to capture the eerie eye contact of the watchful parakeet. A strong and compelling eye contact creates a connection with the subject and leads to an emotional impact on the viewer. 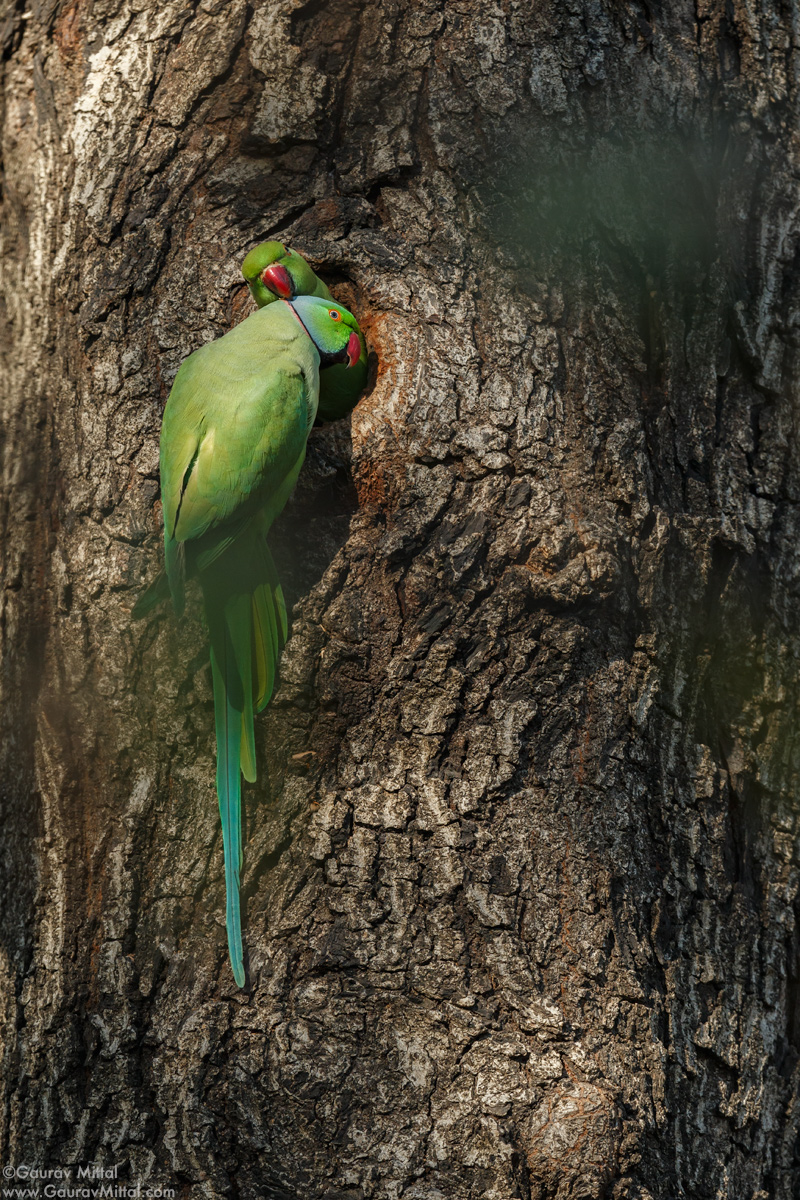 Images that generate emotions are at the very core of photography. The mood of an image can be conveyed by lighting conditions, the time of the day the image was made, as well as the close interaction between subjects. An image that makes viewers focus on it for an extended period clearly has the greatest impact.

I spent the whole day photographing those rose-ringed parakeets and it was truly an emotional roller-coaster ride. I’m even a bit teary-eyed as I write these words. Both the male and female parakeets spent the day preparing the nest in the cavity of the tree, defending their space from other birds, perching in the tree, and preening each other. However, the decisive moment came when the pair of parakeets pictured above settled into the nest, cautiously watching, nudging each other gently. The behavior of these birds, combined with the dappled light, helped create a very tender moment. As photographers, we constantly strive to capture wildlife photos that we can relate to our own self or behavior. Those are the moments that create the strongest impact. They are also the kind of images we want to show to the viewer.