Working in partnership with the most talented bird photographers here are our workshops.

ABOUT MAHANANDA WILDLIFE SANCTUARY Located on the foothills of the Himalayas, between the Teesta and Mahananda rivers, Mahananda is situated in the Darjeeling district of West Bengal, India. It comes under Darjeeling Wildlife division. The gateway to the sanctuary is only 13 km from Siliguri and 28 km from Bagdogra airport. The sanctuary sprawls over 159 km2 of reserve forest and was started as a game sanctuary in 1955. In 1959, it got the status of a sanctuary mainly to protect the Indian bison and royal Bengal tiger, which were facing the threat of extinction. The forest type in Mahananda WLS varies from riverain forests like Khayer-Sisoo to dense mixed-wet forest in the higher elevation in 'Latpanchar' area of Kurseong hills. The variation in altitude and forest types helps the existence of a large number of species of mammals, birds and reptiles. The important mammalian species include royal Bengal tiger, Indian elephants, Indian bison, Chital (spotted deer), Barking deer, Sambar, Rhesus monkey, many species of lesser cat like Fishing cat and Jungle cat, Himalayan black bear, Leopard including Clouded leopard, and many other smaller animals like Rare mountain goat (serow), Porcupines, Snakes, etc. The sanctuary also holds hundreds of feathered species. The exciting list includes some very endangered species like the Himalayan pied hornbill. Among the others Swallow, Swifts Thrush, babblers, Warbler, Roller, Minivet, and sunbird can be found in abundance. ABOUT NEORA VALLEY NATIONAL PARK Situated in the Kalimpong subdivision under Darjeeling District, West Bengal, India and was established in 1986, Neora Valley is spreads over an area of 88 km² and is one of the richest biological zones in the entire Northeast. It is the land of the elegant Red panda in the pristine undisturbed natural habitat with rugged inaccessible hilly terrain and rich diverse flora and fauna making this park an important wilderness zone. The park reaches up to an elevation of 10600 ft. at Rachela Danda, the highest point of Neora Valley National Park, which borders Sikkim and Bhutan. The Neora River is the major water source for Kalimpong town. Lava and the Neora Valley National Park are birders' paradise; some of India's most sought-after birds are found here. They are home to several rarities like Rufous-throated partridge, Satyr tragopan, Crimson-breasted woodpecker, Darjeeling woodpecker, bay woodpecker and many more. The fauna consists of endangered species such as the Clouded leopard, Red panda, and Musk deer. Other species are Indian leopard, five species of civet, Black bear, Sloth bear, Golden cat, Wild boar, Leopard cat, Goral, Serow, Barking deer, Sambar, Himalayan flying squirrel and Thar. ABOUT SINGALILA NATIONAL PARK Located on the Singalila Ridge at an altitude of more than 7000 feet above sea level, SNL in the Darjeeling district of West Bengal. It is well known for the trekking route to Sandakphu that runs through it. The park was declared a wildlife sanctuary in 1986, and was made an Indian national park in 1992. The region had long been used as the trekking route from Manebhanjang to Sandakphu (the highest peak of West Bengal) and Phalut. The park is located in the Darjeeling subdivision, Darjeeling district, West Bengal, India. It is bordered on the north by the state of Sikkim and on the west by the country of Nepal. The park is part of the Eastern Himalayas. The Singalila Ridge, which runs roughly North to South and separates Himalayan West Bengal from the other Eastern Himalayan ranges to the west of it. The two highest peaks of West Bengal, Sandakphu (3630 m) and Phalut (3600 m), are located on the ridge and inside the park. River Rammam and River Sirikhola flow through the park. Rich in its variety of birds and mammals, the park is a birder's delight with over 120 species recorded including many rare and exotic species like the Scarlet minivet, Kalij pheasant, Blood pheasant, Satyr tragopan, Brown and fulvous parrotbills, Rufous-vented tit, and Old World babblers like the Fire-tailed myzornis and the Golden-breasted fulvetta. The park is also on the flyway of many migratory birds. The park has a number of small mammals including the Red panda, Leopard cat, Barking deer, Yellow-throated marten, Wild boar, Pangolin and Pika. Larger mammals include the Himalayan black bear, Leopard, Clouded leopard, Serow and Takin. Tigers occasionally wander into the area, but do not have a large enough prey base to make residence in these forests feasible. ABOUT THE ACCOMODATION Due to the fact that most of our shooting locations are remote and at high elevation, we only have a choice of booking at modest inns and guesthouses. We have taken care that accommodations meet our satisfaction level and provide basic amenities, comfort and, hygienic meals. All rooms are on twin sharing basis. Hotel names are listed under the itinerary section. 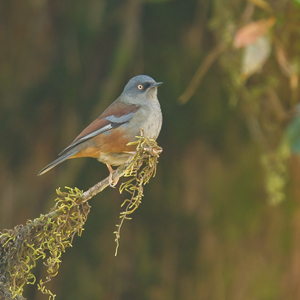